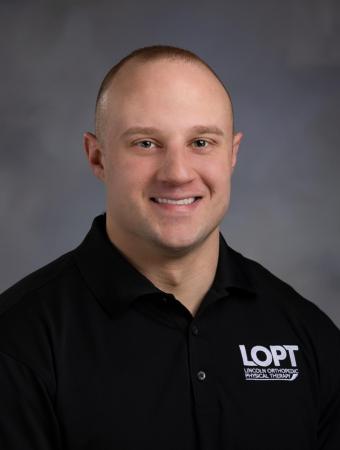 Brandon grew up in Waverly, Nebraska. He graduated in 2019 with his Doctorate of Physical Therapy Degree from the University of Nebraska Medical Center. Prior to this he attended Nebraska Wesleyan University graduating in 2016 with his Bachelors in Exercise Science. He also played football during his 4 years at Wesleyan. As a PT he enjoys the opportunity to see measurable progress, make meaningful relationships with his patients, and improve their ability to do things that they previously had difficulty with or were unable to do.

Brandon takes an active approach to rehabilitation and works to improve his patients tissue loading tolerance through specifically tailored progressive resistance exercise programs. He also enjoys breaking down movement patterns to improve efficiency, decrease pain, and improve performance. He treats a variety of orthopedic conditions including head & neck, upper, and lower back pain as well as shoulder, elbow, hip, knee, foot/ankle, and vestibular disorders such as vertigo and BPPV.

As a former athlete he enjoys training to further his own physical fitness, skiing, hunting, fishing, and spending any time that he can outside.

Back to All Therapists

BACK TO ALL THERAPISTS